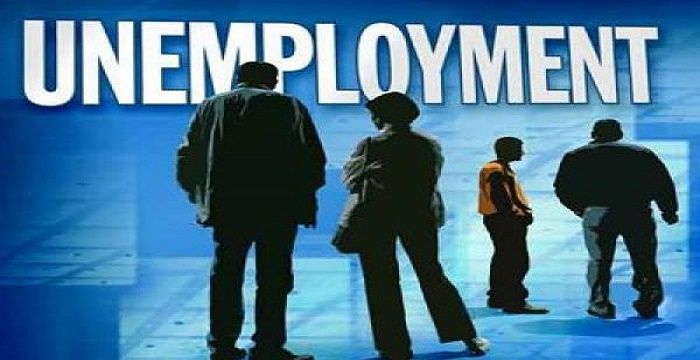 Main causes or reasons for Unemployment situation in India

Recently in the parliament Question Hour, Minister of state for planning Rao Inderjit Singh stated that overall unemployment was rising and the unemployment rate is 5% that means the number of jobless people is increasing unexpectedly. Job creation in India is not expecting to pick up in 2017 and 2018 as a result unemployment rises slightly. According to ILO we are facing two major challenges, 1st Global economic crisis and 2nd is social crisis.

There are several reasons (we can’t say a particular reason) which influencing unemployment in India. So we will discuss the following five reasons which playing major role in India’s unemployment.

If a country’s educational policy is good then the employment of graduates will be good, if employment if good then the country’s economical position will be good. If economical position will be good then country will be good. All these are interrelated. Educational policy in providing the knowledge is one of the greatest set back. Students with lack the professional skills both (technical and non-technical) will cause unemployment. Lack of technical skill means there is no proper updates in technology and the education is not relating to job, & Non-technical skills such as soft skills which is most important while getting a job in placements but unfortunately that is not included in educational policy only few colleges are concentrating on this.

Everyone is wishing for heavily paid jobs and refusing to do small jobs. If everyone looking for high paid jobs then who will work for the low paying jobs.  All people wants to do engineering/medicine/MBA/CA, none of them (or very few) wants to study science, maths, literature and other arts. Every year lakhs of Engineers are coming out and 10 to 20% only getting jobs. In some other fields like textiles jobs available but people are not ready to work. So we should change our mindset and need to concentrate on the fields which are having demand.

With the technology improvements the job vacancies are reduced. Technology reduces the human effort that means with technology we are doing same work within less time with less cost. Naturally it leads to unemployment. Now in each industry we started using automation (robotics) due to this unemployment is happening it may be doubled in coming days.

Government needs to regulate the number of various graduates according to industry requirement. It should regulate the number of vacancies and graduates in each course which should be done in co-ordination with the industries. Government should take Agricultural Reforms because this is the greatest contributor of unemployment. With our reforms we should make it as a profitable sector then many unemployed people will move back to the agriculture. MSME Reforms: the ease of doing business must be improved mainly in MSME sector so that larger investment occurs in this and employment rate goes up. Government should implement powerful reforms to reduce the corporate dependency in the society. Government should recruit all the vacancies in government sector regularly and should think caste system which is also a factor in unemployment.

If anything happens globally it will affect unemployment in India. If the country’s economic situation is strong then employment rate will be good. Country’s economical position depends on country’s policy as well as global changes. The decision of USA president (Donald Trump) on H1B visa effecting Indian IT industry, many people are going to lose their jobs. And also his decision on outsourcing (already there is a problem with automation) is going to effect on 60% IT industry in India. These two happened globally even though we are facing unemployment problem.